The UN human rights chief called on Friday for the de-escalation of violence and military clashes across parts of Ethiopia, urging all those involved to “engage in a genuine, inclusive and credible dialogue to solve any differences through peaceful means”.

“Over the past week, we have seen alarming violence erupt in the Oromia region as well as in Tigray”, said UN High Commissioner for Human Rights Michelle Bachelet.

Last weekend, dozens were killed and injured during brutal attacks in the western Oromia region of the country.

On Sunday, the rebel Oromo Liberation Army (OLA) was reportedly blamed for attacks in Oromia state, a breakaway militia from the Oromo Liberation Front (OLF), an opposition party that returned from exile following the election of Nobel Peace Prize-winning Prime Minister Abiy Ahmed, in 2018.

Ms. Bachelet expressed concern over reports that armed assailants had assaulted members of the Amhara ethnic group in the Wollega zone of the region.

According to the Government, the attack resulted in 32 deaths, said a news release from the UN human rights office (OHCHR), but other sources indicate that the number of casualties could be much higher.

“Unaddressed, such violence only leaves desolation, feeds revenge and leads to further intercommunal clashes and to more casualties and displacement in the country”, said the High Commissioner.

The High Commissioner expressed concern over restrictions imposed on the people of Tigray, including on their rights to freedom of movement and expression.

“Cutting off communication has severely hampered the ability to monitor the situation on the ground, particularly the impact of the clashes in the local population”, said Ms. Bachelet, calling on the national authorities to “re-establish all basic services, including Internet and telephone connections”.

She underscored that “the right of all people to be informed and to access information is particularly vital in a crisis situation”.

According to media reports, the Prime Minister launched a military operation on Wednesday, followed an alleged deadly attack on a military base in the region. Both sides have reportedly accused the other of initiating the fighting.

“I urge all sides to halt the violence, to avoid additional loss of life, mass displacement and further destabilization”, Ms. Bachelet appealed.

A vote of confidence

The UN human rights chief called for “prompt, thorough, independent and impartial investigations into all of these incidents and for the Government to ensure those responsible are held accountable”.

She also called on the federal and regional authorities to “ensure protection of the population and to establish across the country the necessary social, economic, security and political measures to break the cycle of violence and foster trust among communities”.

“I am confident that Ethiopians can succeed on the path to social inclusion and economic and social development with full respect for human rights and fundamental freedoms”, the High Commissioner upheld. “They can count on the support of my Office”.

In a statement issued through his spokesperson on Wednesday, the Secretary-General called for “immediate measures to de-escalate tensions and ensure a peaceful resolution to the dispute”.

He underlined the importance of the stability of Ethiopia for the whole Horn of Africa region and renewed the UN’s commitment to support Ethiopia “in its reform efforts aimed at building a peaceful and secure future for all its peoples”. 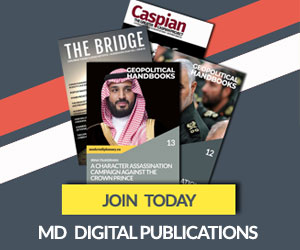