Pandemic recovery must be measured in ‘human rather than economic terms’ 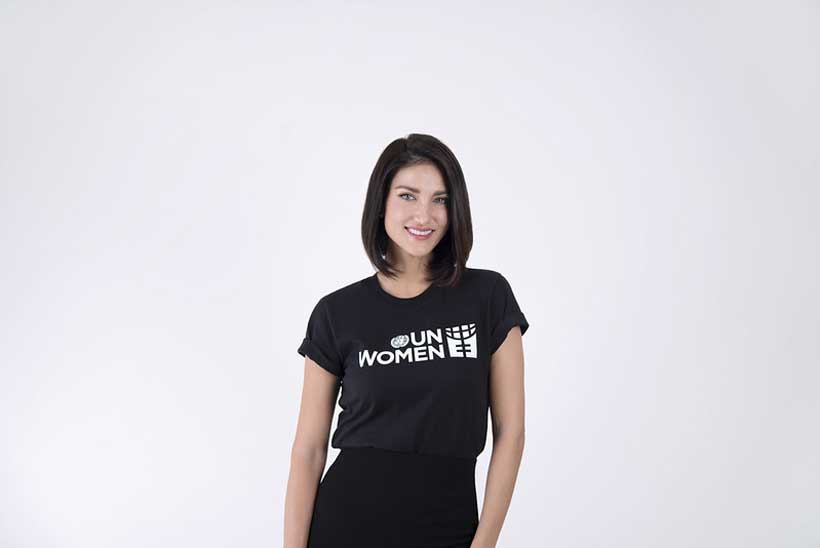 Thai celebrity and rights activist Cindy Sirinya Bishop is working to stop violence and other abuses against women as the newly appointed UN Women Regional Goodwill Ambassador for Asia and the Pacific.

Bishop, 41, is a model and actress who is best known as the host of Asia’s Next Top Model, a television show broadcast in most countries in the region.

During her 2-year appointment, which began in September, Bishop is representing UN Women to promote gender equality and other UN Women priority goals, raise funds and build partnerships. She is promoting public awareness through education, dialogue and cooperation with schools, communities and governments.

“It is truly an honour to become the first UN Women Goodwill Ambassador to Asia and the Pacific,” Bishop said. “My mother instilled in me very early on a strong sense of justice and fierce belief in the resilience and strength of women, and these values continue to guide me today. I am so deeply grateful for the opportunity to work towards achieving greater gender equality in the region, especially in the areas of eliminating gender-based violence and in providing equal opportunity for girls and women to realize their full potential.”

Bishop is one of Thailand’s leading campaigners on ending violence against women.

In early 2018, she came across a newspaper headline about Thai authorities telling women to not look “sexy” if they want to avoid sexual assault during the Thai new year festival. Having experienced violence herself at the festival, Bishop spoke out in a social media video hashtagged #DontTellMeHowtoDress. #DontTellMeHowtoDress quickly evolved into a movement championing gender equality and has been extensively covered by local and international media.

In July 2018, Bishop collaborated with UN Women to organize the Social Power Exhibition Against Sexual Assault. The exhibition was supported by United Nations agencies; the governments of Thailand, the Philippines and Singapore; the Association of Southeast Asian Nations; embassies; the media; and civil society and youth groups. Bishop worked with civil society organizations in the Philippines and Singapore on #DontTellMeHowToDress.

In November 2018, Bishop received the “Activist of the Year Award” from the office of the Prime Minister of Thailand.

Bishop also is the Knowledge Director of Dragonfly360, a regional platform that advocates for gender equality in Asia. She is writing a series of children’s books on safety, rights and respectful relationships.

“Your strong commitment to ending violence against women, demonstrated through your creation of the #DontTellMeHowtoDress movement and your work with UN Women so far, has shown you to be a compelling and eloquent advocate,” UN Women Regional Director Mohammad Naciri said in inviting Bishop to be UN Women regional goodwill ambassador.

UN Women is the United Nations organization dedicated speeding up progress on gender equality and the empowerment of women worldwide. 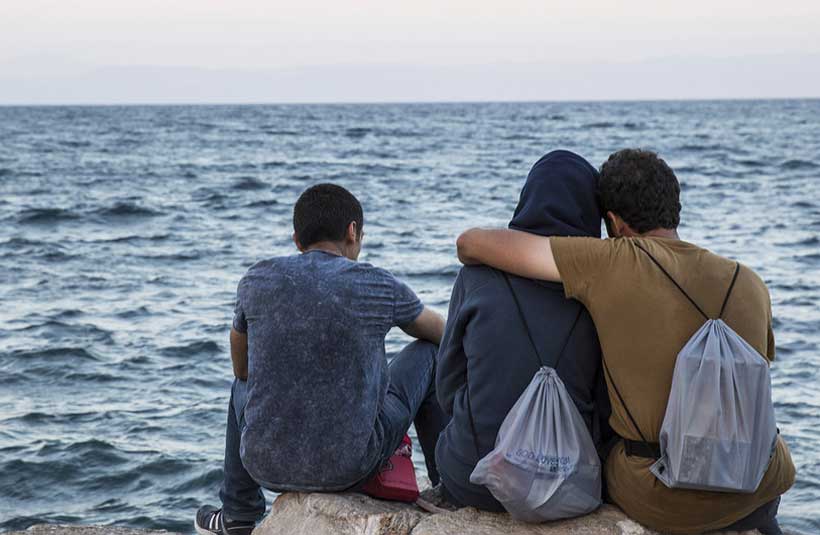 All UN entities engaged in counter-terrorism must ensure the full application of international law, including international humanitarian law and refugee law. IOM/Amanda Nero

The misuse of terrorism laws during conflict situations often leads to an “unmitigated calamity” on the ground, an independent UN expert has warned.

Fionnuala Ní Aoláin, UN Special Rapporteur on the promotion and protection of human rights while countering terrorism, told the General Assembly on Thursday that what are being billed by some governments as counter-terrorism measures, are being applied frequently to address domestic strife and in complex humanitarian settings.

In these cases, they can have a catastrophic impact on civilian populations, she said, which are being “squeezed by broadly framed terrorism laws and practices with little or no recourse, when misuse occurs”.

The independent expert identified a “profoundly” worrying pattern whereby some States are ignoring or undermining humanitarian rules because counter-terrorism “offers a more open-ended, under-regulated and opaque set of tools”, to manage complex problems.

Her report tracks the essential relationship between protecting the human rights of the most vulnerable – including the elderly and children – in complex and fragile settings and enforcing basic humanitarian norms, including providing humanitarian assistance.

“I am profoundly troubled by the failure to apply humanitarian exemptions for activities that are humanitarian and impartial in nature”, said Ms. Ní Aoláin.

“Such short-sighted tactics of withholding or criminalizing humanitarian assistance only prolongs conflicts, alienates those who are needed to ultimately resolve such conflicts, and hurts the most marginal in society”.

In her report, the Special Rapporteur acknowledged the Security Council’s “persistent and unequivocal affirmation” that counter-terrorism measures must “always and fully” comply with the overarching norms of international human rights law, international humanitarian law and refugee law.

She called on States to review existing sanctions systems to make sure that they are rule of law-compliant and provide “meaningful opportunity to challenge, review and end sanctions practices for affected individuals and their families”.

The UN envoy also applauded the work of impartial humanitarian actors, who carry out their duties in extreme conditions and under significant stress to protect the vulnerable.

“The challenge now for States is to acknowledge and protect these actors effectively”, she spelled out. 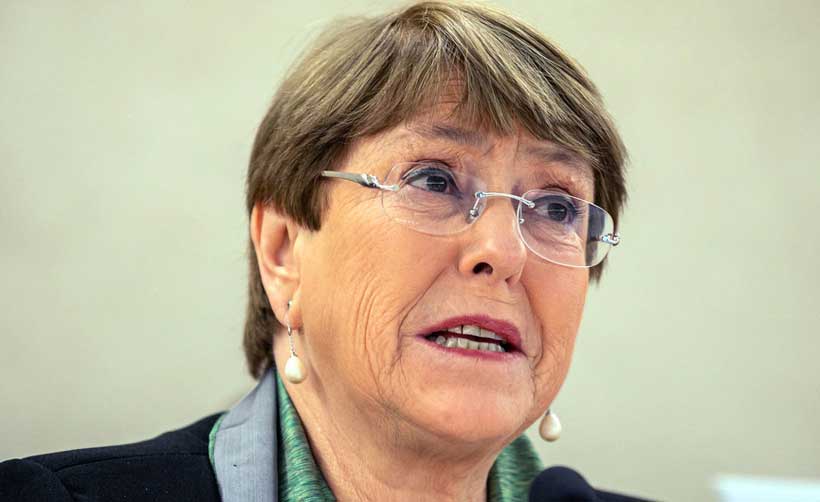 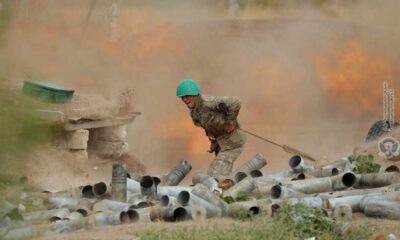 Nagorno-Karabakh: Will the Landscape Change following the Latest Unrest?

The situation surrounding Nagorno-Karabakh, which has deteriorated dramatically in recent days, has clearly demonstrated that it is becoming increasingly impossible... 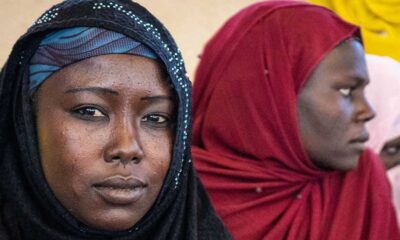 Violence, COVID-19, contribute to rising humanitarian needs in the Sahel

A surge in armed violence, coupled with the economic and social fallout from the COVID-19 pandemic, are contributing to worsening... 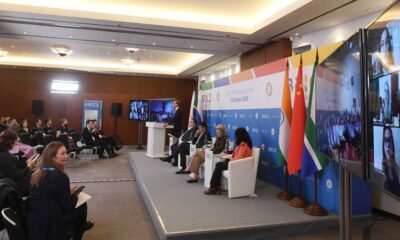 After the Ufa declaration in 2015, BRICS, an association of five major emerging economies that includes Brazil, Russia, India, China... 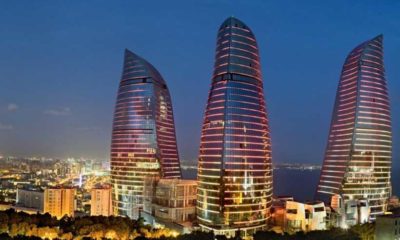 War in the Caucasus: One more effort to shape a new world order

Fighting in the Caucasus between Azerbaijan and Armenia is about much more than deep-seated ethnic divisions and territorial disputes. It’s... 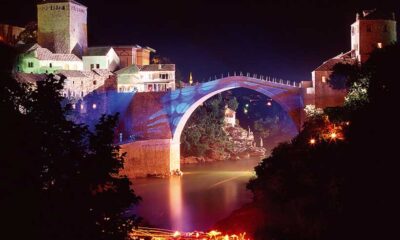 A Recipe For The War

Authors: Zlatko Hadžidedić, Adnan Idrizbegović* There is a widespreadview that Germany’s policy towards Bosnia-Herzegovina has always been friendly. Also, that... 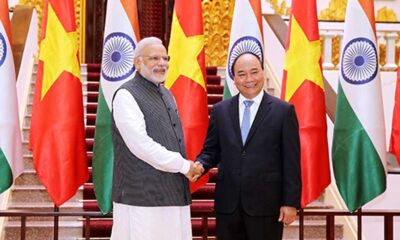 India has very recently come out with India-ASEAN Action Plan 2021-2025 alluding to the objectives for furthering its relationship with the... 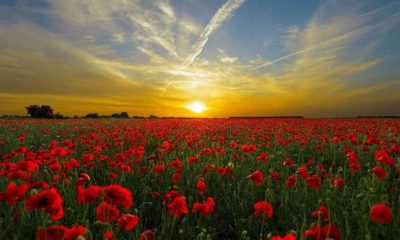 COVID-19 has given a fillip to biodiversity

The COVID-19 outbreak caused many problems for the world, but in return gave the planet’s environment and biodiversity a chance...