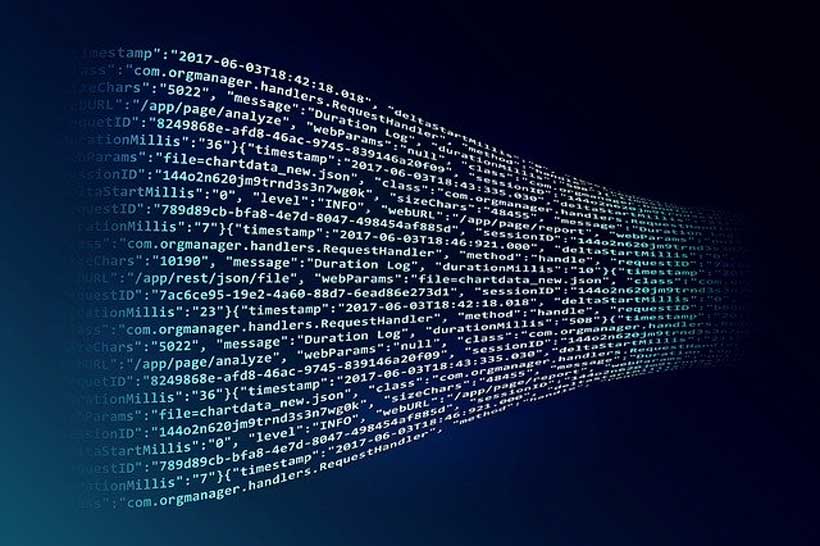 A third of all nations lack laws to protect their citizen’s online data and privacy, despite an 11 per cent uptick in the global adoption of data protection and privacy legislation since 2015, the United Nations’ trade, investment and development body (UNCTAD) said on Wednesday.

Reporting the results of a fresh survey on the adoption of cyberlaws around the world, UNCTAD said that the vulnerability is even more stark among least developing countries, amounting to 43 per cent.

The share is highest in Europe at 96 per cent, followed by 69 per cent in the Americas, 57 per cent in Asia and the Pacific, and 50 per cent in Africa.

“Given the rise in cybercrime, scams and online fraud during the COVID-19 pandemic, the survey results are very worrying”, said Shamika Sirimanne, head of UNCTAD’s technology and logistics division.

If e-commerce is to support development, consumers and businesses must feel that their online transactions are protected, especially at a time when digital tools are increasingly the only way to access goods and services, she said.

The survey, conducted in February, indicated that 10 per cent of countries have draft legislation on data protection and privacy in the pipeline that is expected to become law this year.

They include Brazil and Thailand, which – like Australia, New Zealand, the Republic of Korea and South Africa – are basing their legislation on the European Union’s General Data Protection Regulation, implemented two years ago this month.

UNCTAD noted, however, that once relevant legislation goes into place, it must be enforced – and developing countries often lack the resources they need to enforce the law.

The ever-changing cybercrime landscape and the resulting skills gap pose a significant challenge for law enforcement agencies and prosecutors, especially with regards to cross-border enforcement.

In adopting new cyberlaws, countries should opt for technology-neutral legislation whenever possible, thus avoiding the need for regular revisions and to ensure compatibility among different legal systems, UNCTAD said.

Summarizing other key findings, UNCTAD said that globally, 81 per cent of countries have e-transaction laws, with Europe and the Americas having the highest share (98 per cent and 91 per cent respectively) and Africa the lowest (61 per cent).

Seventy-nine per cent have cybercrime legislation, but with wide variations between regions, from 89 per cent in Europea to 72 per cent in Africa.

For online consumer protection, the global share is 56 per cent, but the rate of adoption once again varies between 73 per cent in Europe and 72 per cent in the Americas to 46 per cent in Africa.

“In general, least developing countries are traiing behind,” UNCTAD said. The share with relevant laws is particularly weak for data and privacy protection (42 per cent) and consumer protection (40 per cent).

China Hides Research into the Origins of Coronavirus 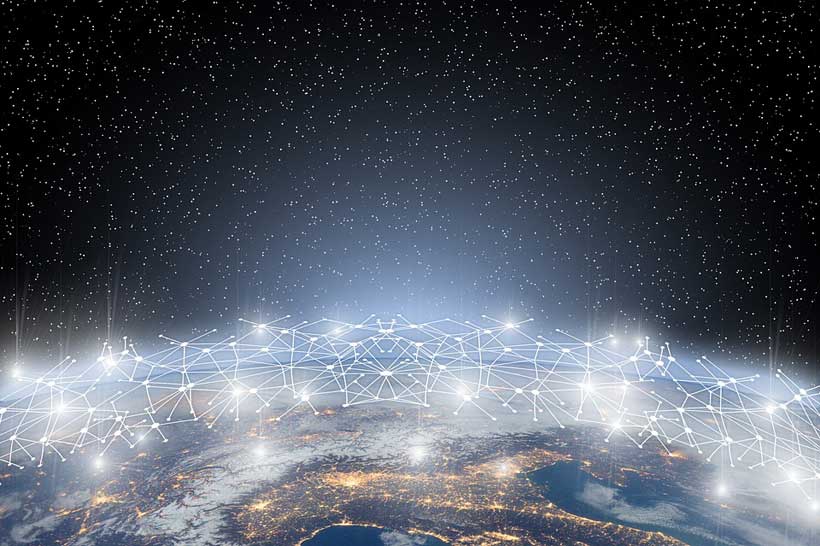 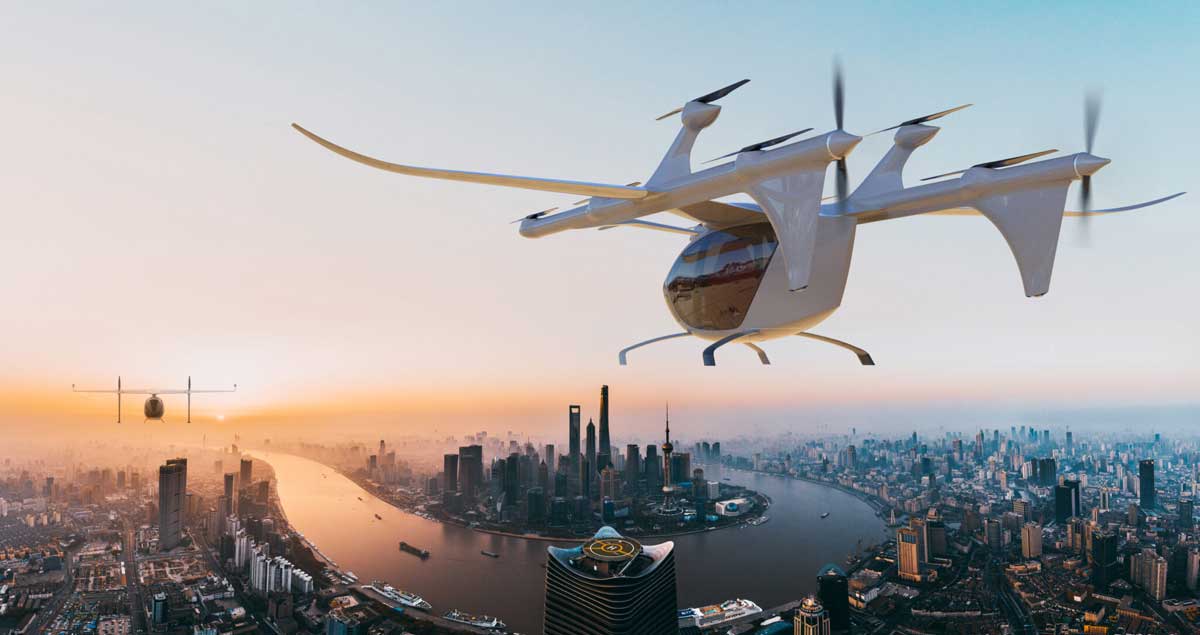 Shaping the future of urban air mobility: The tech company AutoFlight shows an autonomous passenger eVTOL aircraft: the V1500M. It will change the face of personal air transportation. AutoFlight debuted its autonomous fixed-wing passenger electric vertical take-off and landing aircraft (“eVTOL”) to the world at the China Airshow in Zhuhai.

With its sleek looks and innovative technology the V1500M doesn’t rely on runways and airports. It can vertically take-off and land anywhere anytime. Virtually any rooftop or flat surface becomes a vertiport. When it reaches a certain altitude, the power system turns on the dual prop pusher, so that V1500M is able to cruise at speeds of a fixed-wing airplane. And in low-altitude airspace, the all-electric design enables the aircraft to operate at a very low noise level.

As the energy consumption in the fixed wing mode is much lower than in the multirotor mode the V1500M can fly much further than any pure multicoptor eVTOL.

Being able to fly without a pilot, the V1500M’s uses eight lifting motors to take off and land vertically like a multi-rotor aircraft, and fly as far as 250 km when carrying up to four passengers. At the moment, a safety pilot is still mandatory. Yet as technology advances and regulations become increasingly refined, that space can later be allocated to another passenger or extra luggage.

“The V1500M is a milestone – not only for AutoFlight but also for the global development of the urban air mobility“, so Tian Yu, founder and CEO of AutoFlight. “Our company is committed to developing safe and reliable passenger eVTOL aircraft and helping to create a better mobility future.”

In terms of safety, AutoFlight with its rich experience in aircraft design, manufacturing and its dedication to make reliable flying cars, following aviation industry’s standards. The lifting rotor’s and prop pusher’s redundant power system guarantees that the aircraft could hover safely when two of the rotors malfunction. In case of one propeller failure, the other still ensures safe flight and landing. The V1500M also has an whole-aircraft parachute, which is designed to act as the last line of safety to protect passengers so they enjoy safe flying.

V1500M will accomplish its first flight in the near future. The goal is to certify the aircraft with the aviation authorities by 2024.

Tian Yu: “AutoFlight will keep contributing to the eVTOL industry. Through building safe, efficient, systematic R&D and AC processes, leveraging domestic and international resources and establishing partnerships across industries, AutoFlight strives to accelerate the practical implementation of eVTOLs in commercial applications and lead us into a better future with UAM.”

With its tradition and the experience, AutoFlight aims to create cost-effective, safe, and reliable eVTOL

AutoFlight is one of the earliest tech companies in China to start making autonomous eVTOL, including large payload logistic and autonomous unmanned aerial vehicles (UAVs). Logistic UAVs were introduced first. They have now accumulated over 10,000 hours of flight time and been tested in all kinds of extreme conditions. 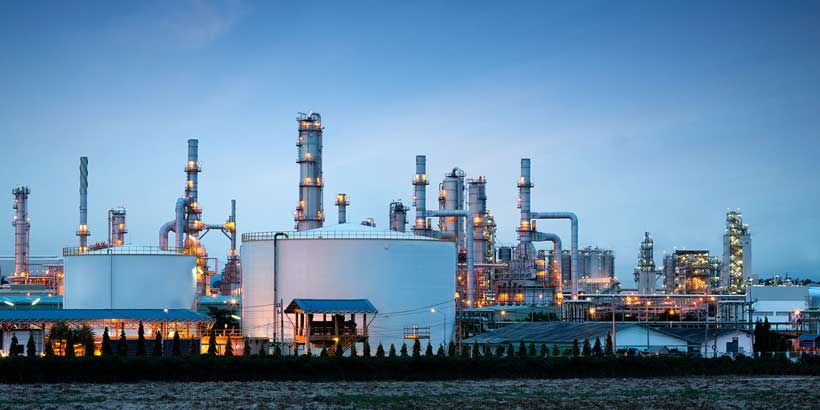 Breakthrough technologies such as hydrogen-based fuels, bioenergy and carbon-capture storage solutions are needed to hit the global goal of zero emissions by 2050.

To scale these technologies and take them to market, at least a tenfold increase in investment is needed, according to the How to Finance Industry Net-Zero report.

Released by the World Economic Forum and Oliver Wyman, the report outlines how to address the supply-and-demand-side gap and take these technologies to the next level.

Part of the Forum’s Financing the Transition to a Net-Zero Future Initiative, the report brings together input from over 50 financial institutions and the public sector. Their focus is on how to steer capital to breakthrough technologies and drive a more sustainable future.

· The innovative blending of capital supported by an enabling ecosystem is needed, where different sources of public and private capital are brought together in technology-specific financing blueprints. To do this effectively, mechanisms that activate collaboration among multiple stakeholders are necessary.

· Transformative business models are essential, where industry participants and capital providers work together to establish new contracts and ways of doing business to increase the probability of commercial success.

“The challenge ahead is significant, but not insurmountable,” said Derek Baraldi, Head of Sustainable Finance and Investing, at the World Economic Forum. “If executed thoughtfully, the mobilization of finance to breakthrough technologies presents a tremendous investment opportunity. This study found that there is a real appetite from industry for thoughtful partnership and collaboration between private and public capital providers.”

“Organisations have announced ambitious pledges to finance the transition to net-zero but the progress made to date is not enough,” added Ted Moynihan, Managing Partner and Global Head of Industries, Oliver Wyman. “There is a huge gap in financing of early-stage decarbonization technologies, which will be absolutely critical to achieving our targets from 2030 to 2050. With more research breakthroughs coming, we are now in a vital moment to accelerate the mobilization of capital towards decarbonization technologies in hard-to-abate industries.”

By proposing an initial set of financing approaches and de-risking solutions, the report seeks to initiate an important discussion on how to rapidly accelerate the deployment of capital towards breakthrough technologies. 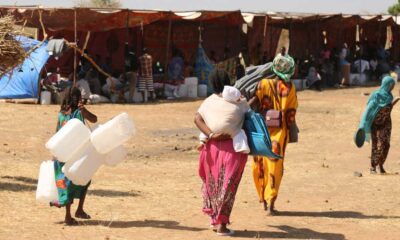 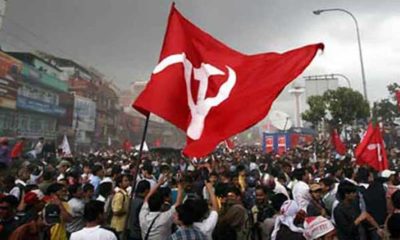 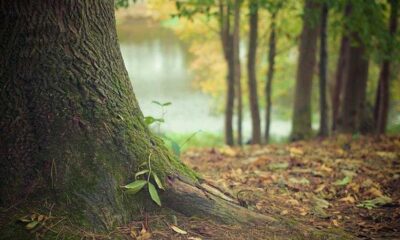 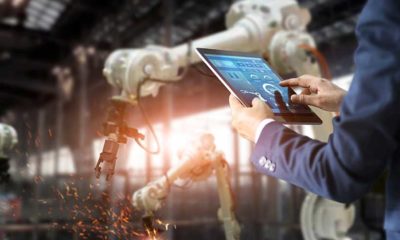 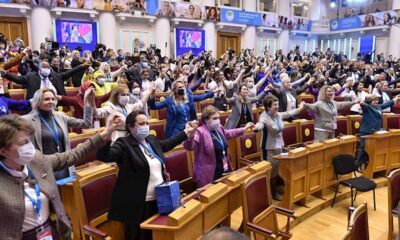 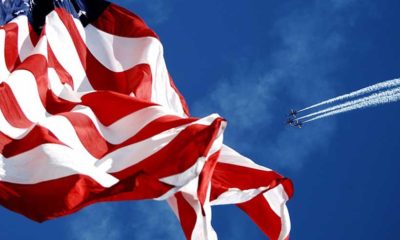 The U.S. Might Finally Be Ready to Back Down, to Avoid WW III

Recently, tensions have been rising between, on the one hand, America, and on the other, both Russia and China. A... 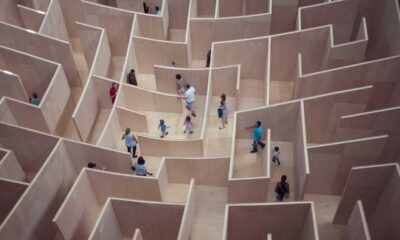 How The West Subdue Us: An Approach of Colonial and Development Discourse

Talking about development and colonial discourse, I am reminded the story of John Perkins in his book “Confessions of an...