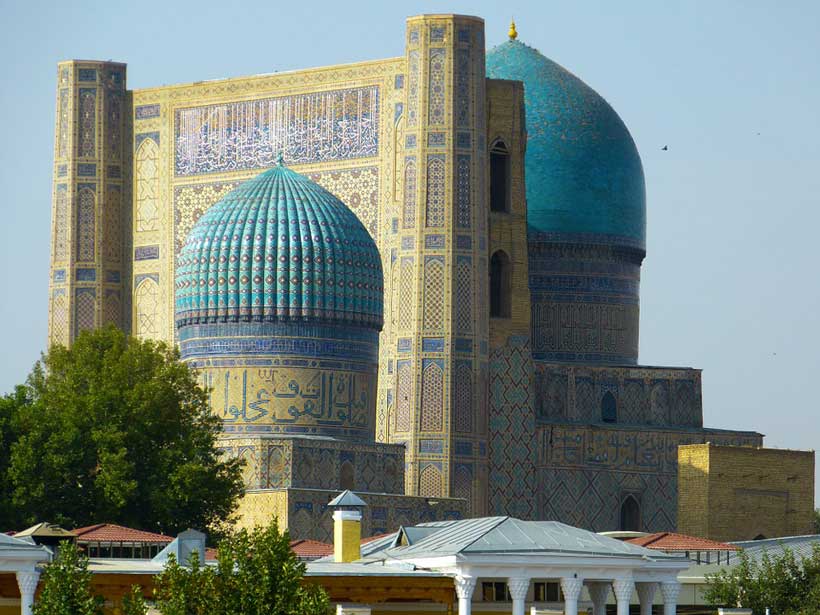 The Asian Infrastructure Investment Bank’s (AIIB) Board of Directors has approved a USD385-million loan to provide access to safely managed water and sanitation services and strengthen the operational performance of water utility in Uzbekistan’s Bukhara Region.

The Bukhara Region has been identified by the Government of Uzbekistan as a priority area in terms of developing water and sanitation infrastructure as well as tourism. Uzbekistan has committed to increasing regional access to water supply (currently at 54 percent) and sewage services (currently at 34 percent) to 100 percent.

“These investments will improve regional access to safe drinking water and sanitation as well as support the Government of Uzbekistan in addressing its critical financing gap in water supply and sanitation services,” said AIIB Vice President, Investment Operations, Konstantin Limitovskiy. “The project is AIIB’s first loan in the water sector in Uzbekistan and in the Central Asia Region. It is also aligned with AIIB’s key priority of promoting sustainable infrastructure.”

In addition to physical investments, the loan will finance project management and support to assist the implementation agency in ensuring seamless coordination, efficiency and compliance with AIIB’s relevant safeguards policies. AIIB’s participation focuses on high-quality implementation of the project.

Russia Says Pollution in Arctic Tundra is Not Above Limit 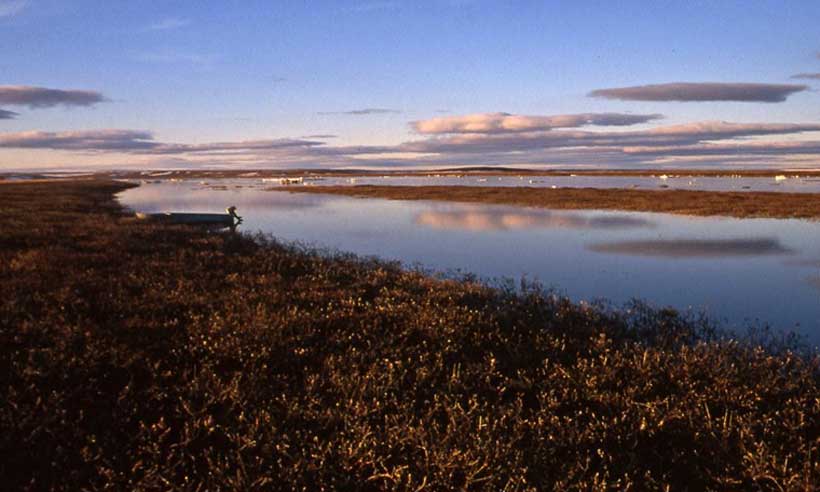 Recent studies of water and soil have shown that the oil pollution level at the Arctic Ambarnaya River, located near the thermal power plant in Norilsk where a massive fuel spill occurred in late May, have not exceed the maximum permissible values, said local authorities in russian Krasnoyarsk region.

“Over 600 water and soil samples were studied. According to the latest data, oil pollution at the mouth of the Ambarnaya River does not exceed threshold limit value. Nevertheless, the work has not been stopped,” Yuri Lapshin, the head of the Krasnoyarsk regional government, said during a session in the local parliament on Thursday, adding that now “the key phase in the aftermath of the accident ends.”

Earlier in June, scientists linked what happened in the Russian Arctic with global warming.

Much of Siberia had high temperatures this year that were beyond unseasonably warm. From January through May, the average temperature in north-central Siberia has been about 8 degrees Celsius (14 degrees Fahrenheit) above average, according to the climate science non-profit Berkeley Earth.

The increasing temperatures in Siberia have been linked to prolonged wildfires that grow more severe every year, and the thawing of the permafrost is a huge problem because buildings and pipelines are built on them. Thawing permafrost also releases more heat-trapping gas and dries out the soil, which increases wildfires, said Vladimir Romanovsky, who studies permafrost at the University of Alaska Fairbanks.

The warming climate in Siberia will cause permafrost to melt, which may cause the destruction of cities in this region, writes the Swedish newspaper Svenska Dagbladet, citing climatologist Johan Kuylenstierna.

According to climatologists, such hot weather in Siberia is a link in the overall chain and calls for tracking the overall trend. If permafrost begins to melt faster, it will hit the infrastructure hard. The soil will become unstable and it will affect cities and dams (Siberia), he said. Recall earlier, BNN Bloomberg reported that a fuel leak due to damage to a reservoir in Norilsk was caused by melting permafrost in the Arctic region.

It was also claimed that the infrastructure of the region is collapsing in this regard, and the accident is likely to damage permafrost in the region in the long term. 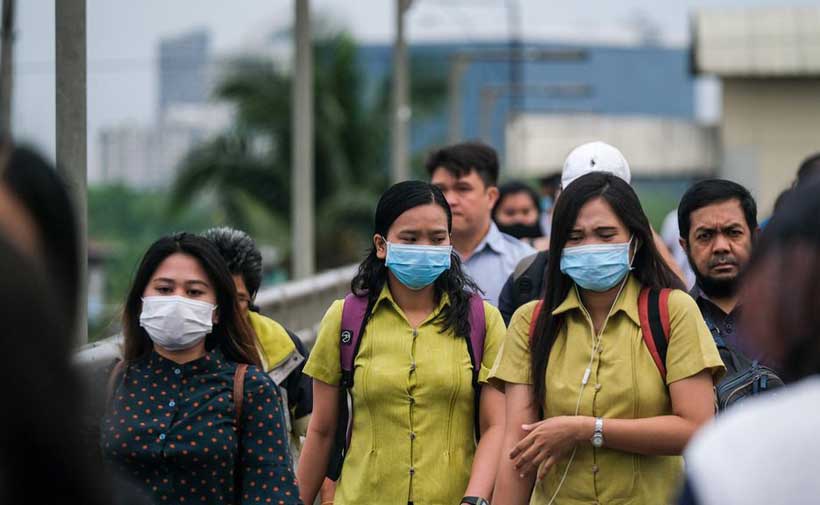 The Asian Development Bank (ADB) today strengthened its partnership with the World Health Organization (WHO), recognizing that increased collaboration is helping to expand critical health care across Asia and the Pacific and contain the spread and impact of the coronavirus disease (COVID-19) pandemic.

During a conference call with WHO Regional Directors Dr. Takeshi Kasai and Dr. Poonam Khetrapal Singh, ADB President Masatsugu Asakawa said the partnership based on a memorandum of understanding signed in 2018 had helped to address the region’s health security risks and strengthen health systems, which have been stretched since the spread of the COVID-19 pandemic.

“I very much appreciate the close collaboration with the WHO regarding COVID-19. I found that the regular exchange of views and the latest information on the evolution of the pandemic provided by WHO have been invaluable to ADB’s operations,” said Mr. Asakawa. “ADB has incorporated inputs and advice from the WHO to ensure our support is fully responsive to the needs of our developing members. As countries implement these projects and ADB continues to expand technical and financing assistance, we look forward to continued collaboration to help guide our response to, and the region’s recovery from, COVID-19.”

ADB announced on 13 April a comprehensive support package of $20 billion to help developing members address the impacts of COVID-19. ADB and the WHO are finalizing an administrative arrangement (AA) to govern financial, reporting, and implementation mechanisms related to their joint response to COVID-19, as well as projects to support recovery from the crisis. The first AA between ADB and the WHO will cover South Asia before expanding to Central Asia, East Asia, the Pacific, and Southeast Asia.

ADB is also working with the WHO and the Japanese Ministry of Finance to convene a virtual Joint Finance and Health Ministers Meeting on COVID-19 and Universal Health Coverage in Asia and the Pacific during the second stage of ADB’s Annual Meeting in September.

From Relief to Recovery: PNG’s Economy in the Time of COVID-19 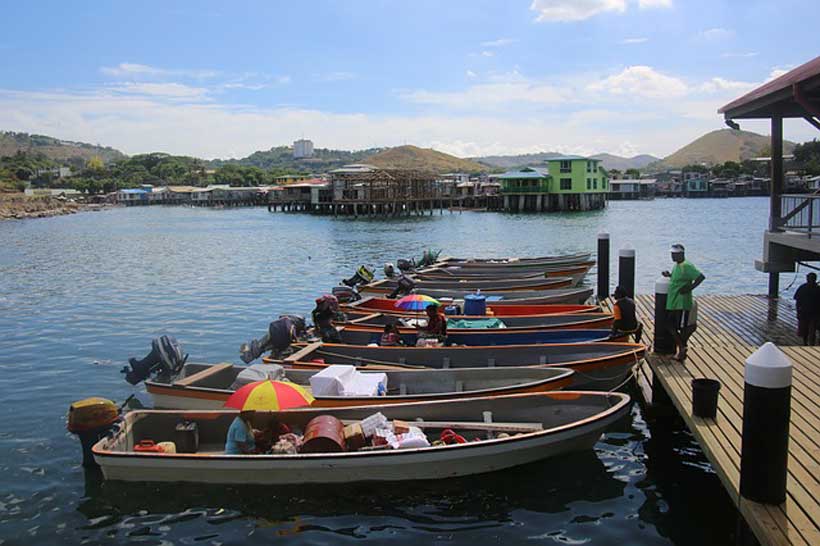 Papua New Guinea’s economy has been hit hard by the COVID-19 crisis due to weaker demand and less favorable terms of trade, according to the latest World Bank economic update for the country.

From Relief to Recovery, the World Bank’s Economic Update for Papua New Guinea for July 2020 projects that the country will experience an economic contraction in 2020, with pandemic-related global and national movement restrictions weakening external and domestic demand and affecting commodity prices. These impacts are also expected to lead to wider financing gaps for the government and the central bank, and higher unemployment and poverty than previously anticipated in early 2020.

It is estimated that PNG’s real GDP will shrink by 1.3 percent in 2020, the current account surplus will narrow to about 15 percent of GDP, and the fiscal deficit will reach 6.4 percent of GDP.

In response to the COVID-19 crisis, the PNG government has mobilized domestic resources and is engaging development partners and the private sector for additional support for the people and the economy of PNG.

“The World Bank welcomes the swift actions by the PNG authorities to manage the COVID-19 shock by protecting the lives of the people of PNG and supporting livelihoods of vulnerable households and small businesses,” said Michel Kerf, World Bank Country Director for Papua New Guinea and the Pacific. “While the focus of the authorities is currently on crisis mitigation, it is important to also look beyond the current year to a more robust and resilient recovery over the medium term.”

The report emphasizes that a COVID-19-related revenue shortfall, increased emergency health spending and an economic support package have created an unanticipated fiscal gap of over US$400 million (1.8 percent of GDP) in 2020. The capital budget is expected to be hit harder than the recurrent budget and the government will have to trim non-essential spending.

In addition to the economic analysis, the report contains an additional section dedicated to physical infrastructure development in PNG.

The section recommends that the government’s pre-COVID-19 infrastructure investment plans should be amended amid the current crisis, which may result in the government having to resume its “Connect PNG” infrastructure development program once the pandemic is over while keeping the overall fiscal framework under control.

It also highlights the importance of more equitable access to quality infrastructure once the country moves to the recovery and resilience phase of COVID-19 response as well as the need to improve the balance between infrastructure investment and maintenance with greater emphasis needed on the latter.

The report concludes that PNG can significantly improve its infrastructure situation by strengthening policy design, investment planning, and coordination among agencies and with development partners. However, it will be vital for the government to set the stage for more sustainable and inclusive development by strengthening macroeconomic management and accelerating structural reforms while protecting the vulnerable. 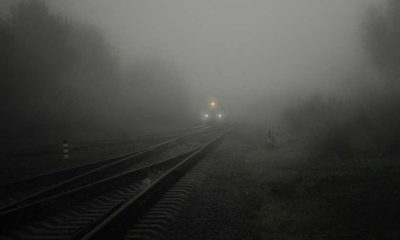 Air pollution has increased the severityof the infection of coronavirus worldwide.  A report by the Department for Environment Food &... 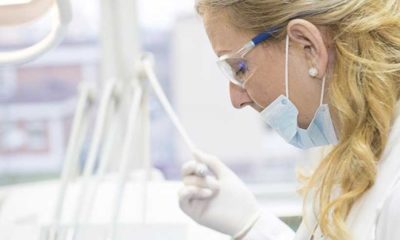 COVID-19: Health Diplomacy is the way out

In the current age and time, when the world has turned into a “global village”, this connectedness brings both challenges... 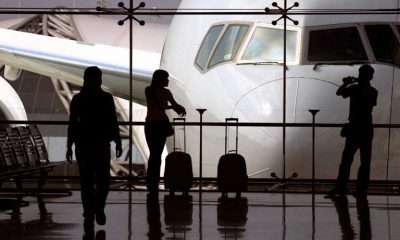 Hypocrisy or something else?

As of July the 1st, the European Union decided after long talks to open up its borders to third countries,... 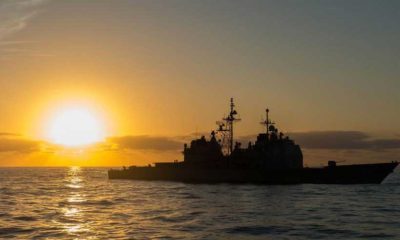 The Rise of the Indo-Pacific

The world is in flux. Global geopolitical trends that existed before the onset of the coronavirus will only intensify in... 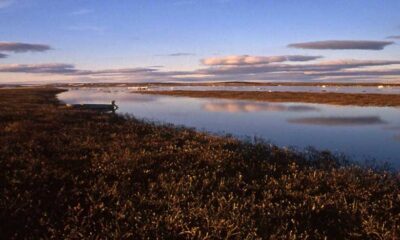 Russia Says Pollution in Arctic Tundra is Not Above Limit

Recent studies of water and soil have shown that the oil pollution level at the Arctic Ambarnaya River, located near... 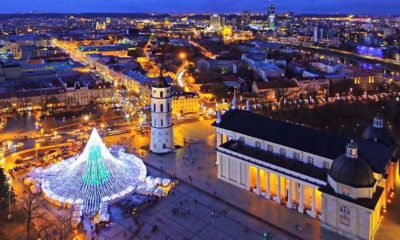 Balts believe that they are under occupation

Research fellows from GLOBSEC published at the end of June their report «Voices of Central and Eastern Europe» which presents...

The outstanding issue of the Libyan intelligence services

The post of Chief of the Libyan Intelligence Services of Tripoli’s GNA is still vacant, but only recently. Therefore, this...