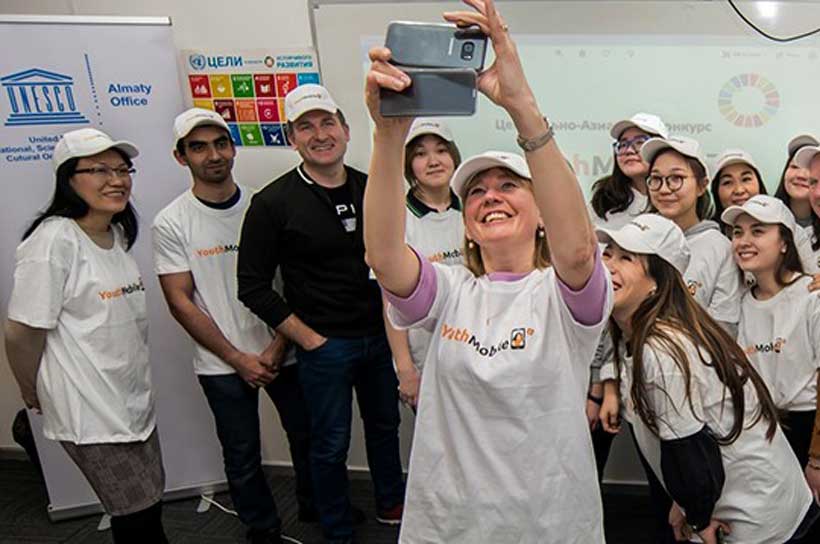 From November 2018 to January 2019, UNESCO held the Central Asian YouthMobile Contest challenging and leading youth in developing Free and Open Source solutions in support of the Sustainable Development Goals (SDGs).

Twelve mobile phone applications were developed throughout the competition by sixteen young app developers aged 16-28 from Kazakhstan, Kyrgyzstan and Tajikistan. The Contest particularly encouraged the participation of young girls and women, contributing to highlight the under-representation of women in the technology sector, including in Central Asia. The final female participation rate of 87.5% demonstrates the success of UNESCO’s effort to promote gender equality through empowering girls with digital skills. The 14 female participants in the competition built and submitted eleven open source applications.

UNESCO Almaty awarded the first place prize to “AIR – Advance in Robotics”, a complex application was developed by heart<bR>ers, a team of five girls from Kazakhstan (Nargiz Askarbekkyzy, Lyubov Dudchenko, Medina Shuriyeva, Diana Smagulova, Zhaniya Amangaliyeva). The app teaches coding and robotics. The members of the winning team, all young girls innovators thanked UNESCO for winning a computer for the first place in the YouthMobile competition. “We are going to use it among our heart<bR>ers team, further develop our application, and make it easier for children to be interested in robotics coding”, said Lyubov Dudchenko on behalf of the winning team.

During the final ceremony in Alamaty, Kazakhstan, last January, five other apps were given special recognition as some of the best in the contest, offering a great range of solutions relating to local communities. The top-performing apps include:

“Machmuai testho”: an analogue of the universal knowledge testing in Tajik and Russian languages;

“Alippe”: an augmented reality 3D app for books for children;

“Toktogul”: a community-based medium that fights against inequality;

“Kazahk Latin Converter”: a translator of texts from Kazak Cyrillic to Latin script;

“Zvook”: a hearing aid that recognizes and transfers the danger and specific sounds into vibration and light.

These applications, most of which are already available on Google Play store or App Store, propose ideas relevant to SDG 4 on Education, SDG 8 on Sustainable economic growth, SDG 9 on Innovation and SDG 10 on Inequalities.

The YouthMobile contest was organized by the UNESCO Office in Almaty to encourage the development of open solutions in Central Asia, promoting access to information and sustainable development, and involving youth in building solutions to local community and addressing the Sustainable Development Goals.

The UNESCO YouthMobile initiative deploys and supports projects worldwide to promote training in digital technical skills and abilities among young women and men. 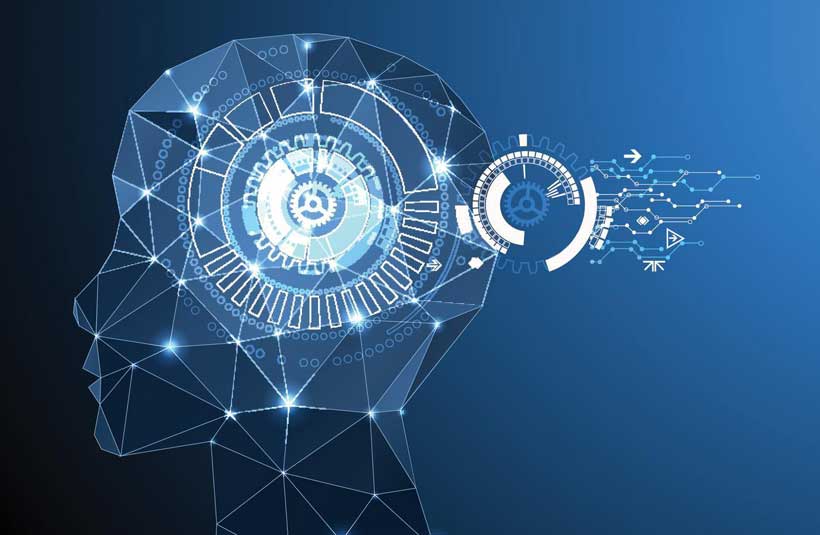 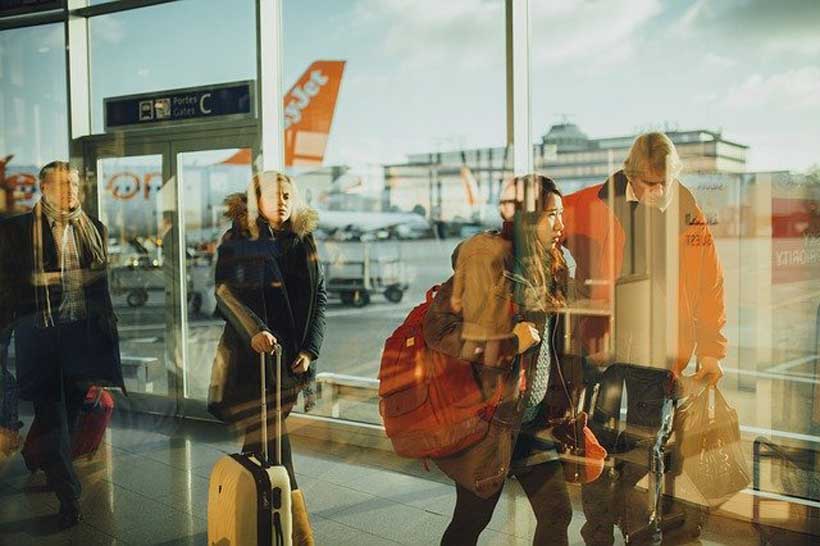 Officials from APEC member economies break new ground in digitizing the APEC Business Travel Card scheme, seeking to modernize the process and make it easier for cardholders in the region to travel with the development of a mobile application.

The APEC Business Travel Card (ABTC) scheme facilitates short-term business travel within the APEC economies by streamlining the entry process at ports of entry within the region. Approved applicants are issued with a card that serves as the entry authority to fully participating economies.

“We continuously seek to improve the system and make it easier and more secure for cardholders to travel around the region,” said Kimberlee Stamatis, Convenor of the APEC Business Mobility Group who oversees the scheme.

Additionally, the mobile application will provide cardholders and airport officers real-time information on the status of the travel card. Cached information will also be accessible for a period, in the event that the holder is not able to go online while they are traveling.

“The service will be offered to new applicants from fully participating economies, and we are exploring ways to enable existing cardholders to request the mobile application when they apply for a card renewal, which is required every five years,” Stamatis explained.

Further discussions are underway to ensure that the mobile application caters to the needs of both cardholders and airport officials. The APEC Business Mobility Group will work on the pilot version of the application with the expectation to launch it in November 2020, during APEC Economic Leaders’ Week in Malaysia.

Depending on member economies’ preference for either the mobile application or physical card, the service is expected to be ready for use in early 2021.

Transitional members’ cardholders will not be able to use the mobile application, however, their existing processes will remain unchanged. 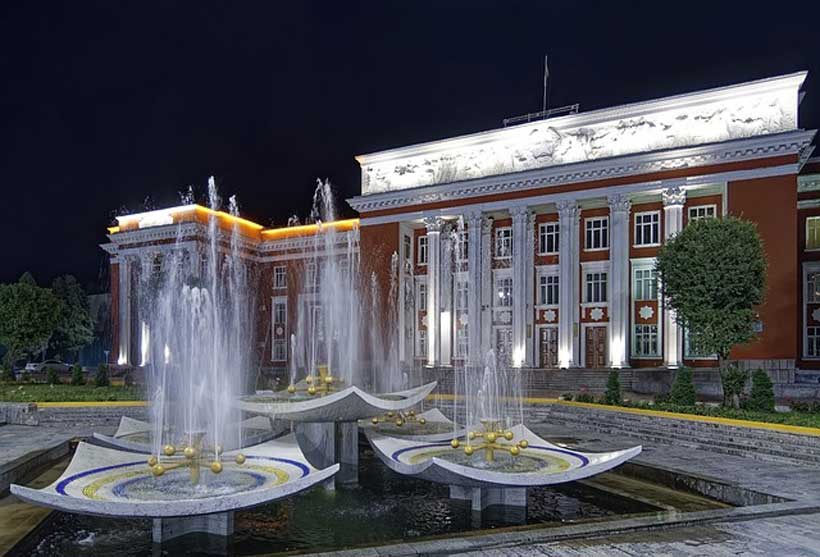 “Preparing Dushanbe for a New Digital Era” was the theme of a workshop held on February 4th and hosted jointly by the Government of the Republic of Tajikistan, the Hukumat of Dushanbe City, the State Unitary Enterprise (SUE), “Smart City Dushanbe” under the Hukumat of Dushanbe City, and the World Bank. Participants included leading Korean experts in the field of digital transformation and smart cities, as well as high-level Government representatives of the Republic of Tajikistan, development partners, the private sector, and civil society.

“Living in the era of digital transformation has many benefits and challenges. As this is a high priority for us, we are expanding our work with development partners on digital transformation. South Korea is the first country that comes to mind as an example of best practices and expertise in the deployment of smart cities and the ability to increase the vitality of urban areas. For us, Korea’s experience gained during almost three decades of building smart cities is extremely valuable,” said Yusuf Majidi, Deputy Minister of Finance of Tajikistan.

Smart city technologies allow city officials to interact directly with both the community and city infrastructure, and to monitor what is happening in the city and how it is evolving. ICT is used to enhance the quality, performance, and interactivity of urban services, reduce costs and resource consumption, and increase interaction with citizens. Smart city applications allow for better management of urban flows and enable real-time responses. In doing so, a “smart city” increases the efficiency of public services provided by city authorities, uses scarce resources more effectively, and improves citizens’ quality of life.

“In this process, the Government is an enabler and a regulator, but digital transformation and smart cities can only be delivered with the active participation of the private sector, and by ensuring tangible benefits for the private sector,” added Jan-Peter Olters, World Bank Country Manager in Tajikistan.

The keynote speaker was Dr. Jong-Sung Hwang, Master Planner, Busan National Pilot Smart City, and Lead Researcher at the National Information Society Agency (former Chief Information Officer of Seoul), who shared the Republic of Korea’s extensive experience in developing smart cities. Oleg Petrov, Senior Digital Development Specialist at the World Bank, provided an update on the proposed Digital CASA Tajikistan project and its role in supporting the Government to build the foundations for a digital economy and the “Smart City Dushanbe” initiative.

This event was a key milestone in developing the Smart City initiative in Tajikistan, a key element of the Digital Economy 2040 Concept and Digital CASA Tajikistan Project. The World Bank confirmed its commitment to providing support to Tajikistan in building the required infrastructure to increase Internet bandwidth and speed, support the required adjustment and modernization of the institutional telecommunications environment, and develop the most critical applications aimed at increasing the efficiency and transparency of public services. 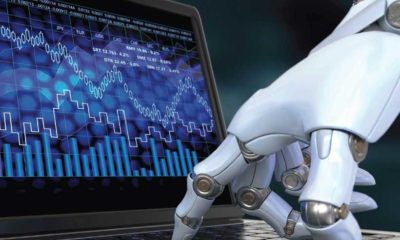 Today, the Commission unveils its ideas and actions for a digital transformation that works for all, reflecting the best of... 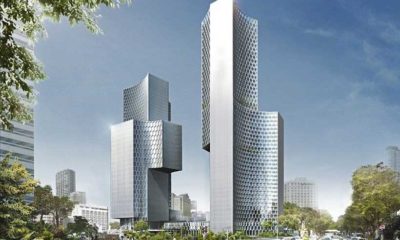 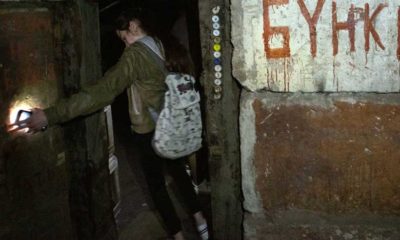 Hope for ‘long-elusive progress’ in negotiating peace in eastern Ukraine

Marking the fifth anniversary of the 2015 Minsk II agreement, the UN political chief told the Security Council on Tuesday,... 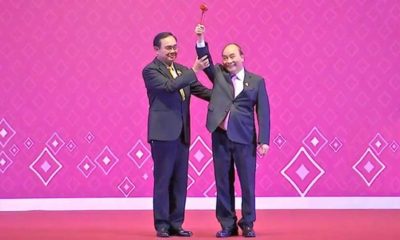 Vietnam took the charge as ASEAN chair from its predecessor Thailand in November 2019, and the agenda for the year... 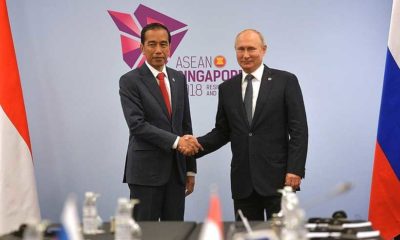 “Jauh di mata, dekat di hati [Out of sight, close to the heart].” This is how Lyudmila Georgievna Vorobieva, Russian ambassador... 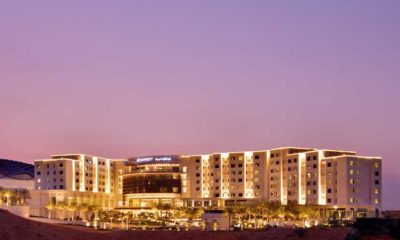 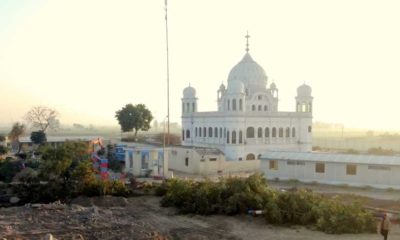 Ever since the inauguration of the Kartarpur Corridor, three months ago, in November 2019, it has drawn the attention of...