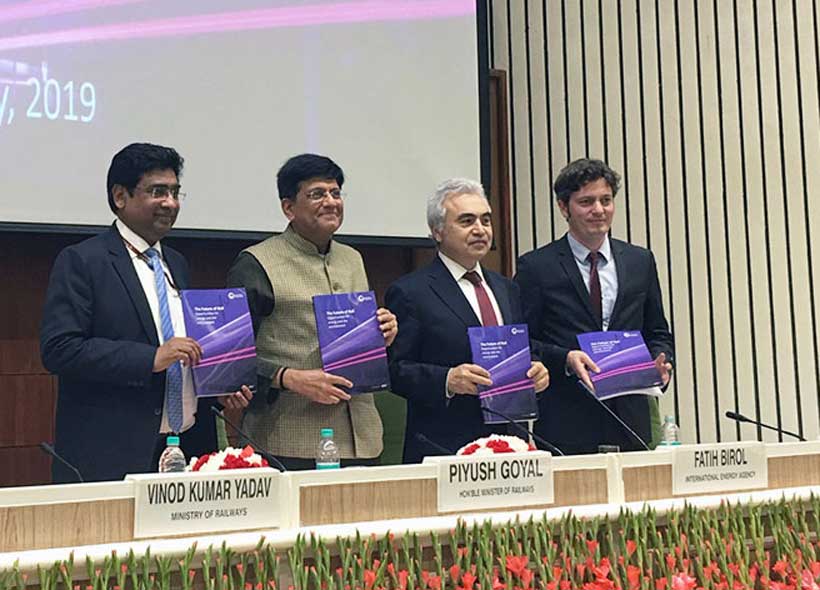 Rail is among the most energy efficient modes of transport for freight and passengers, yet is often neglected in public debate, according to a new report by the International Energy Agency prepared in cooperation with the International Union of Railways (UIC).

The Future of Rail is the latest in the IEA series shining a light on “blind spots” in the energy system, which are issues that deserve more attention from policymakers. It was released today in New Delhi by IEA Executive Director, Dr Fatih Birol, at an event opened by India’s Minister of Railways, Shri Piyush Goyal.

The transport sector is responsible for almost one-third of final energy demand, nearly two-thirds of oil demand and nearly one-quarter of global carbon dioxide (CO2) emissions from fuel combustion. Therefore changes in transportation are fundamental to achieving energy transitions globally. While the rail sector carries 8% of the world’s passengers and 7% of global freight transport, it represents only 2% of total transport energy demand, highlighting its efficiency.

“The rail sector can provide substantial benefits for the energy sector as well as for the environment,” said Dr Fatih Birol. “By diversifying energy sources and providing more efficient mobility, rail can lower transport energy use and reduce carbon dioxide and local pollutant emissions.”

The Future of Rail includes a Base Scenario that projects the evolution of the railways sector to 2050 on the basis of announced policies, regulations and projects. It also includes a High Rail Scenario to demonstrate the energy and environmental benefits of a more significant shift of passengers and goods to rail transport. While the High Rail Scenario requires about 60% more investment than in the Base Scenario, global CO2 emissions from transport peak in the late 2030s, air pollution is reduced and oil demand is lowered.

The report includes a specific focus on India. “Rail serves as a vital lifeline of India, playing a unique social and economic role,” said Dr Birol. Rail remains the primary transport mode in the country, providing vital connections within and between cities and regions, and guaranteeing affordable passenger mobility that has long been a government priority. Rail passenger traffic in India has increased by almost 200% since 2000 yet prospects for future growth remain bright. Construction has started on India’s first high-speed rail line, the total length of metro lines is set to more than triple in the next few years, and two dedicated freight corridors are on track to enter operation by 2020.

In all countries, including India, the future of the rail sector will be determined by how it responds to both rising transport demand and rising pressure from competing transport modes.Rising incomes and populations in developing and emerging economies, where cities are growing exponentially, are set to lead to strong demand for more efficient, faster and cleaner transportation, but the need for speed and flexibility tend to favour car ownership and air travel. Rising incomes also drive demand growth in freight, where higher incomes, have sharply increased demand for rapid delivery of higher value and lighter goods. 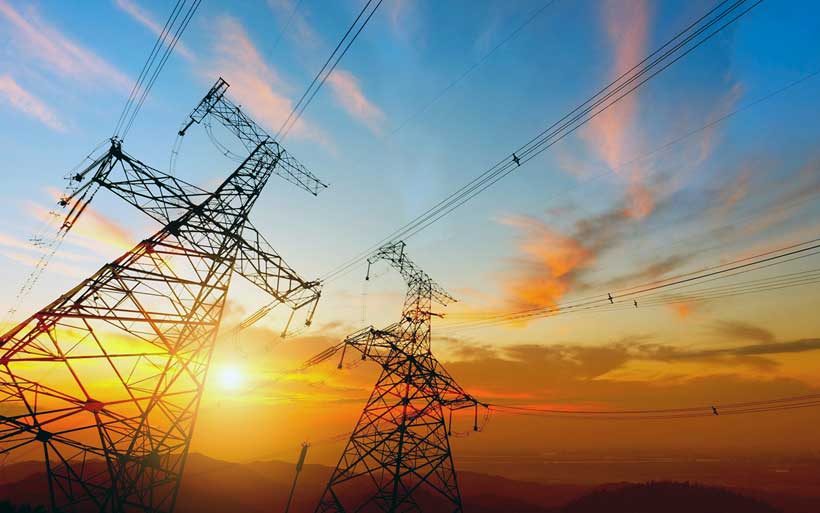 A new whitepaper outlining the key considerations in setting the course for Africa’s energy future was released today at the 2021 Sustainable Development Impact Summit. The report, “Financing the Future of Energy,” outlines Africa’s electricity landscape and financing options in context with the global drive to reduce carbon emissions.

Africa’s power sector will play a central role in the transition from fossil fuel-driven power generation to a renewable-strong energy mix. According to the whitepaper written in collaboration with Deloitte, the migration to a multi-stakeholder-oriented net-zero power grid is being driven by “the 3Ds:”

The report contends that new coalitions and investments with developed nations and NGOs including the World Economic Forum must coordinate and enable countries to leapfrog existing technologies and infrastructure.

“The need for digitally smarter utility platforms and sustainable development programs will guide global leaders in helping to shape equitable and inclusive recovery programs,” said Chido Munyati, Head of Africa at the World Economic Forum. “The entire continent remains vulnerable, but this whitepaper offers a view on what are viable financing options that exist today for clean energy sustainability and equitable recovery for all of Africa.

Funding will be the biggest hurdle to ensuring Africa’s sustainable transition to Renewables at scale; there are many financing solutions available,” said Mario Fernandes, Director, Africa Power Utilities and Renewables, Deloitte. “Africa’s winners will be the ones that are able to leverage what exists while creating an enabling environment for the private sector through a Renewables Energy Investment facility.”

Case studies in China and India showed that financing solutions for a clean energy transition often involve long cycles. Economic booms in these countries resulted in a significant shift in carbon emissions. Since similar economic booms are expected across Africa, the report highlights how crucial it is to anchor growth in technologies that can enable lower emissions.

While Africa’s contribution to greenhouse gas emissions from fossil fuel significantly lags behind those of other continents, it still carries a huge potential to accelerate the transition to a net-zero future. Currently, half of the continent lives without adequate access to electricity. As energy demands increase, the energy gap could be bridged through clean energy alternatives, if the financing solutions are employed now. 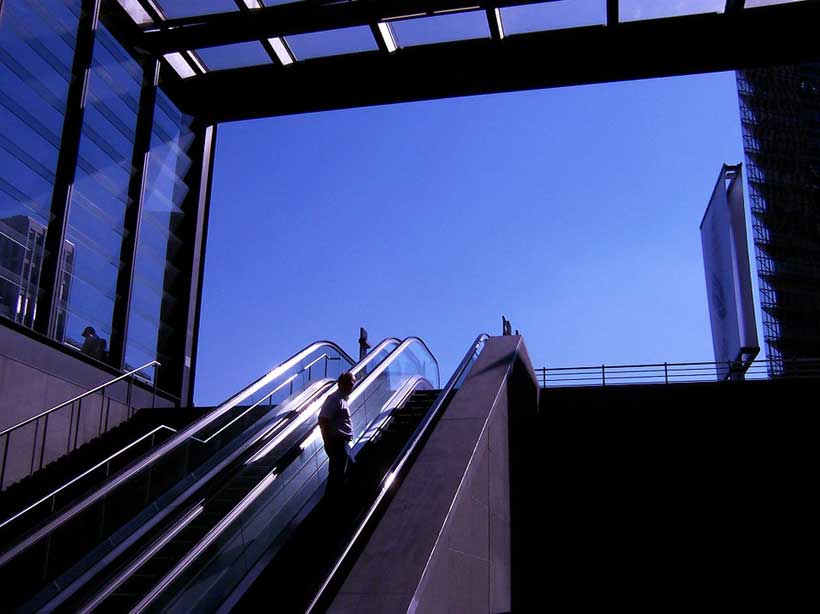 For businesses to reach their emission targets, the global trading system needs to adapt, and businesses are calling for the change.

These are the main findings of the Delivering a Climate Trade Agenda: Industry Insights Report released today by the World Economic Forum, in collaboration with Clifford Chance.

The six-month study is based on research and interviews with global companies, across sectors including transport, energy, manufacturing, and consumer goods. The objective of the research process was to identify necessary changes to the current global trade system and how to better incentivize and accelerate decarbonization. The resulting study outlines eight key actions that, if taken by governments and businesses, could make global trade a better enabler of climate action.

Sean Doherty, Head of International Trade and Investment said: “Traditionally, trade and climate policy-making has happened in separate silos. The urgency of the climate crisis calls for us to break down these silos through public-private cooperation in order to accelerate emissions reductions while achieving prosperity for all. The good news for policy makers is businesses are ready and willing to support this change.”

Jessica Gladstone, Partner at Clifford Chance said: “International trade will play a key role in achieving a just transition to a low-carbon sustainable global economy. Businesses stand ready to lead in this transition, but governments can support by ensuring the right legislative and regulatory structures are in place. Our report explores global and domestic policy actions that can create climate-friendly trade that is fair, transparent, and has technology and innovation at its core.”

Interviews revealed the following ways for trade to support businesses to decarbonize and grow sustainably:

The chart below provides examples of how the global trading system can through continued dialogue between governments and the private sector put trade to the service of climate action.

The report includes a jointly-authored foreword by the World Trade Organization (WTO) Director General Ngozi Okonjo-Iweala and the United Nations Framework Convention on Climate Change (UNFCCC) Executive Secretary welcoming the insights from business. Major intergovernmental meetings will be held under both organisations in the last quarter of this year.

Business can take steps to encourage alignment of trade rules with climate action. The Forum is today launching a two-year work programme – titled Climate Trade Zero – to support public and private exchange on these issues as part of building a more sustainable trading system.

Many companies also recognized that the transition is taking place at different speeds and levels of intensity across countries and sectors. Interviewees highlighted the importance of providing support and incentives to developing countries, and to supply chain partners in developing countries, to undertake the investments necessary to reduce their emissions. 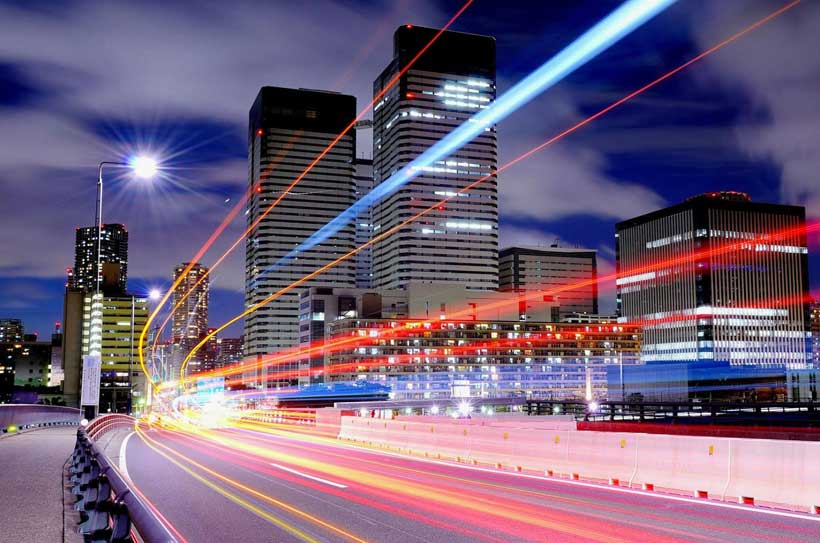 Policies that introduce minimum efficiency performance standards and energy-consumption labelling on appliances and equipment have led to reduced power consumption, lower carbon emissions, and cost savings for consumers, according to analysis published today by the IEA and the 4E Technology Collaboration Programme (4E TCP).

The report’s findings are drawn from nearly 400 evaluation studies covering 100 countries, including those with the longest running and strongest appliance policies, such as China, European Union, Japan and the United States.

“The findings from the study are important as they provide evidence that standards and labelling are highly effective policy instruments that bring benefits to consumers as well as lower emissions and lower energy demand,” said Brian Motherway, the Head of Energy Efficiency at the IEA.

The study shows the policies have had significant positive impacts:

The IEA will continue to collaborate with 4E TCP to enhance and promote the use of such policies. 4E TCP is an international platform for fourteen countries and the European Union to exchange technical and policy information focused on increasing the production and trade in efficient end-use equipment.

Ahead of this November’s COP26 Climate Change Conference, the IEA is working with the UK Government via the Super-Efficient Equipment and Appliance Deployment (SEAD) initiative to coordinate and improve international action on product energy efficiency. The United Kingdom is leading the COP26 Product Efficiency Call to Action, which aims to double the efficiency of key global products by 2030, initially focusing on four key energy-consuming products: air conditioners, refrigerators, lighting and industrial motors systems. The IEA is supporting the implementation of this work and helping expand the number of countries ready to make this commitment.

Today, 60 companies in the World Economic Forum’s Clean Skies for Tomorrow Coalition – whose mission is to accelerate the... 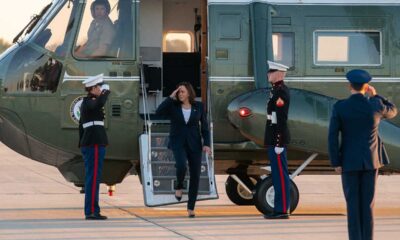 The Indo-Pacific Conundrum: Why U.S. Plans Are Destined to Fail 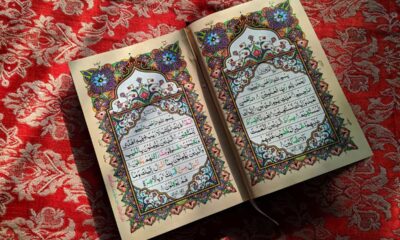 The Battle for the Soul of Islam: Will the real reformer of the faith stand up?

Saudi and Emirati efforts to define ‘moderate’ Islam as socially more liberal while being subservient to an autocratic ruler is... 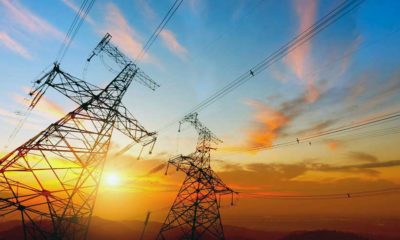 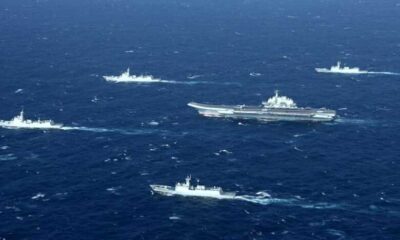 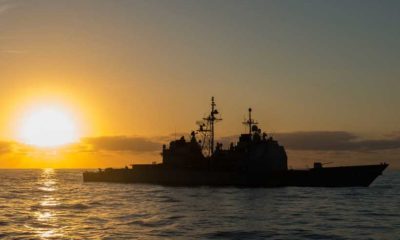 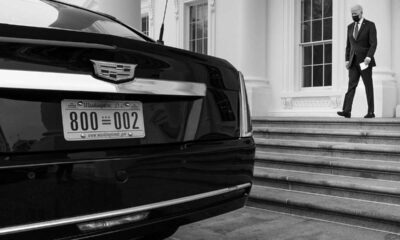 Interpreting the Biden Doctrine: The View From Moscow

It is the success or failure of remaking America, not Afghanistan, that will determine not just the legacy of the...