The exodus – which began in late August – continues unabated, making the crisis the fastest growing refugee emergency in the world today. As of Sunday, some 603,000 refugees are estimated to have arrived in Bangladesh and thousands more reportedly remain stranded in Myanmar without the means to cross the border.

“Humanitarian donors have today expressed their solidarity and compassion with the families and communities in need,” said Mark Lowcock, the Under-Secretary-General for Humanitarian Affairs and UN Emergency Relief Coordinator.

“These very generous pledges must now quickly translate into life-saving relief for the vulnerable refugees and support to host communities who have been stretched to the limit,” he added.

Since the crisis began, UN agencies have ramped up their relief efforts, including conducting a massive immunization campaign that inoculated more than 700,000 people against cholera, as well as providing food assistance to hundreds of thousands of refugees.

However, the scale of the crisis has overwhelmed the response, and emergency shelters, blankets, clean water, health care and other forms of aid are urgently needed. Adding to the complexity is that Bangladesh was already hosting about 200,000 Rohingya refugees prior to the crisis.

“More than 800,000 stateless Rohingya refugees in Bangladesh aspire to a life that meets their immediate needs for food, medicine, water, and shelter. But beyond that, a life that has hope for the future where their identity is recognised, they are free from discrimination, and are able to return safely to their homes in Myanmar,” said UN High Commissioner for Refugees Filippo Grandi.

“As we come together in solidarity, I want to thank Bangladesh and its refugee-hosting communities and the donors for supporting them,” he added.

There were a total of 35 pledges made today, including money pledged and committed since 25 August as well as new announcements. Several donors also announced in-kind assistance worth more than $50 million. Fundraising campaigns are also underway in several countries.

One such initiative is the UN World Food Programme’s app ShareTheMeal, which launched a worldwide campaign on Sunday to raise funds to feed Rohingya refugee children and provide them with vital nutrition with a simple tap on their phones.

The pledging conference was co-organized by the UN Office for the Coordination of Humanitarian Affairs (OCHA), the Office of the UN High Commissioner for Refugees (UNHCR) and the International Organization for Migration (IOM). It was co-hosted by the European Union and the Government of Kuwait.

Also speaking today, IOM Director General William Lacy Swing underscored that while sustainable life-saving assistance for the refugee population in Bangladesh needs to be ensured, the root causes of the crisis need to be addressed.

“We must urge international leaders to support the peaceful resolution of this decade-long crisis in Myanmar and insist that the authorities create conditions of safety, security and dignity in Rakhine state to one of the world’s most persecuted populations,” he said.

Adding that the recommendations of the Rakhine Advisory Commission offer a way forward to peaceful co-existence, Mr. Swing underscored that the implementation must start immediately and that the first step is to allow humanitarians to resume their work in the northern part of Rakhine state. 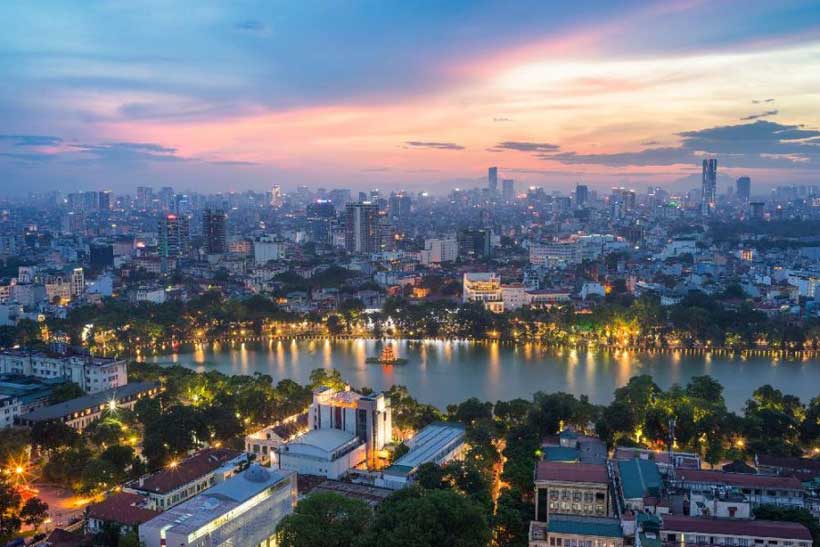 The World Bank Board of Executive Directors today approved financing for two projects worth a total of US$422 million to help build a climate-resilient city in the Mekong Delta and improve the quality of Vietnam’s three national universities.

The Vietnam University Development Project, financed through a US$295-million credit, will improve teaching and research capacity at Vietnam National University-Hanoi, Vietnam National University-Ho Chi Minh City and the University of Danang. Through investments in modern infrastructure, cutting-edge equipment and knowledge transfer, it will help accelerate the transformation of these three universities into regionally competitive institutions with advanced teaching and research capabilities.

“Investing in human capital and urban development are among the top priorities of the World Bank’s engagement in Vietnam,” said Ousmane Dione, World Bank Country Director for Vietnam. “These two projects will help accelerate real progress in areas critical to sustainable growth for Vietnam: skilled workers and more efficient and greener infrastructure.”

The university development project aims to address some key challenges faced by the higher education system. With the new funding, university infrastructure, once overcrowded and obsolete, will be upgraded to be modern, integrated, green and digital ready. The project, implemented in the three flagship universities, is also expected to enhance institutional capacity and to adopt new digital technology, in line with the national goals identified in the recently amended law on higher education and the upcoming 10-year higher education strategy.

The Vinh Long City development project will invest in resilient infrastructure and improved disaster risk management of Vinh Long City – a secondary city strategically located along the economic corridor that connects Ho Chi Minh City to the Mekong Delta. The project will help improve access to basic services such as drainage, wastewater collection and treatment and other green infrastructure and reduce the flooding risk exposed to 60 percent of the city’s population. It will also develop three strategic roads that will serve as critical links in the city’s road network.

These two credits are provided by the International Development Association (IDA).

The World Bank Board of Executive Directors approved today a $43 million grant from the International Development Association (IDA)* for The Gambia’s Electricity Restoration and Modernisation Project (GERMP). The additional financing was made available through reallocation of IDA18 balance, thus augmenting the Banks initial funding envelope for The Gambia by 20 percent.

The people of The Gambia face many challenges in terms of access to electricity and water. Nearly 50% have still no access to electricity, and in urban areas, about 69 percent of the population has access to safe drinking water. Further, the quality of services is weak due to frequent service outages, with some neighbourhoods not receiving water for days, weeks or even months at a time. While the National Water and Electricity Company (NAWEC) has made significant improvements in its operational and financial performance in recent years, the utility has yet to achieve financial viability. Customers still face erratic supply of water and electricity, which have been exacerbated by the COVID-19 pandemic.

“This support will build on the ongoing efforts of the government to strengthen the electricity and water sectors, and further boost the national response to the COVID-19 pandemic through communications and targeted investments including hand washing facilities in the Greater Banjul Area,” said Elene Imnadze, World Bank Resident Representative.

The additional financing will further strengthen NAWEC’s transmission and distribution network, provide additional support to transform NAWEC into an efficient and credit-worthy utility, and expand the scope of the project to the water sector. Specifically, more than 1.6 million people will have gained or improved access to electricity; 17 km of transmission lines will be constructed or rehabilitated; 20 grid-connected photovoltaic system with storage will be installed; 20,000 water meters will be installed or replaced; and three water storage tanks will be repaired. 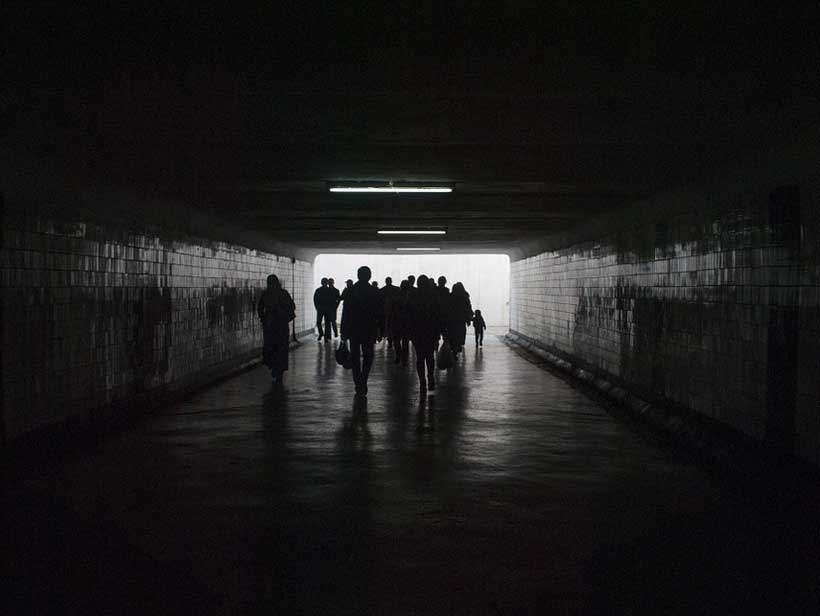 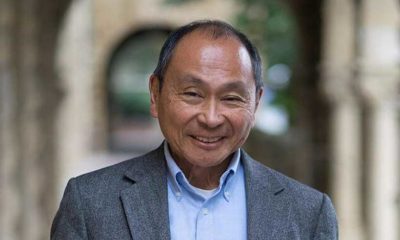 There are few names in the America, when it comes to the interpretation of American political and cultural history. Francis... 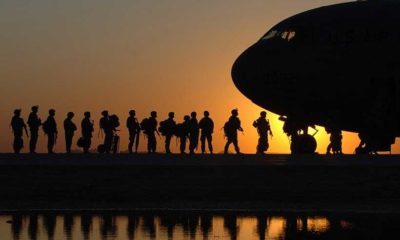 A glance at a world map reveals one great reason why the Middle East (ME) claims the attention of great... 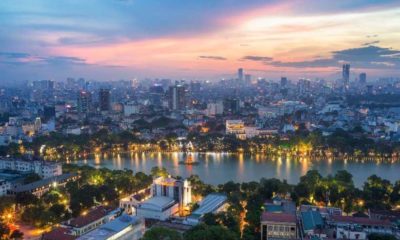 The World Bank Board of Executive Directors today approved financing for two projects worth a total of US$422 million to... 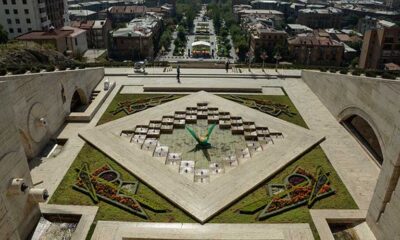 According to data from the Armenian government, in 2019 the country’s economy grew by about 7.6%,which was the highest figure... 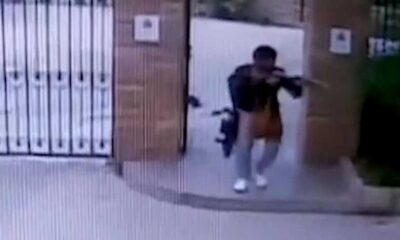 Attack on Pakistan Stock Exchange: A Fuel-to-fire in Southeast Asia

On June 29th, four armed men opened fire in the premises of Pakistan Stock Exchange, Karachi. All four terrorists were... 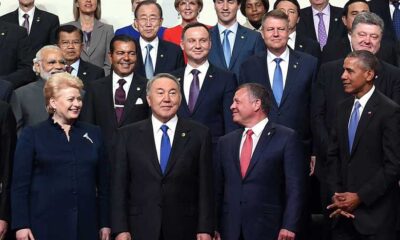 30 years of Nazarbayev’s foreign policy: What Kazakhstan can teach the world in the new era

The COVID-19 pandemic has completely shaken the very foundations of the world order that we were all accustomed to. The... 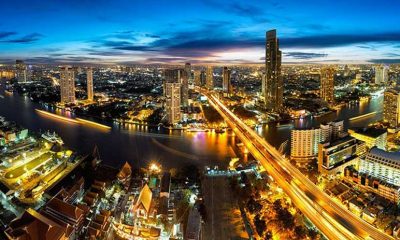 Thailand’s economy is expected to be impacted severely by the COVID-19 pandemic, shrinking by at least 5 percent in 2020...

MD Premium, our supporter project, is the guarantor of our independence and will allow us to continue bringing you new voices, new ideas, challenging issues, and thought-provoking arguments.

By choosing one of our plans you are helping us become stronger and provide you even better content and drive us to even more impactful projects.